I am pleased to announce that our highly respected Ambassador to Germany, @RichardGrenell, will become the Acting Director of National Intelligence. Rick has represented our Country exceedingly well and I look forward to working with him. I would like to thank Joe Maguire....

Here is the line for the Trump Rally in Phoenix tonight! 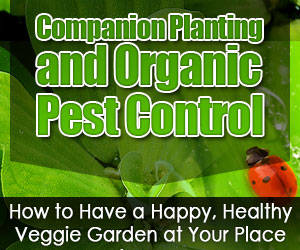 With all the Democrats yelling and screaming, throwing hissy fits, Justice Brett Kavanaugh is Confirmed!

The Fight for our Constitution has a new champion, and the Socialists are angry.  Americas Freedoms won today, and we can pray our Freedoms continue to win!

Screaming protesters interrupted Mike Pence and were dragged out of the Senate gallery by police.

First roll call was taken then Senators cast their votes.

The evil Democrats threw everything at Brett Kavanaugh and ultimately the truth prevailed!

Live from the Senate Floor

Senator Chuck Grassley (R-IA) the chairman of the Senate Judiciary Committee released a timeline of the sexual assault investigation against Judge Brett Kavanaugh.

Senator Grassley released the document on Friday following the FBI’s released its investigation to the Senate where it found no evidence to support Christine Ford’s claims of sexual abuse 36 years ago. The FBI was not able to find a single witness to confirm Ford’s high school assault charges but found several alleged witnesses who disputed the allegations.

Senator Grassley released this document to committee members on Friday.

Actions by Chairman Grassley and the Senate Judiciary Committee related to allegations made and disputed regarding Judge Brett Kavanaugh:

A 38-year member of the Senate Judiciary Committee, Chairman Grassley has worked to secure a thorough, credible and effective committee process as t

he U.S. Senate meets its constitutional duty of advice and consent in considering the nomination of Judge Brett Kavanaugh to serve on the U.S. Supreme Court. Grassley reopened the hearing after four days and 32 hours of testimony from the nominee during the week of September 4, including a closed session available to all Judiciary Committee members to scrutinize any issues or concerns about the nominee that involve confidentiality. The supplemental hearing took place on September 27, and it provided a fair and professional forum for Dr. Christine Blasey Ford to share allegations she made about the nominee, and for the nominee to respond to questions and address those allegations.

In addition, Chairman Grassley has conducted extensive review and investigation of the allegations made by Dr. Ford and comments and statements made by others both in news media reports and in messages to other senators that have been given to the Judiciary Committee. A description of those efforts is provided here. ★★★ Patriots Who Dare... Join our fight to save America! ➠ Click Here pic.twitter.com/UHBkflEgO9